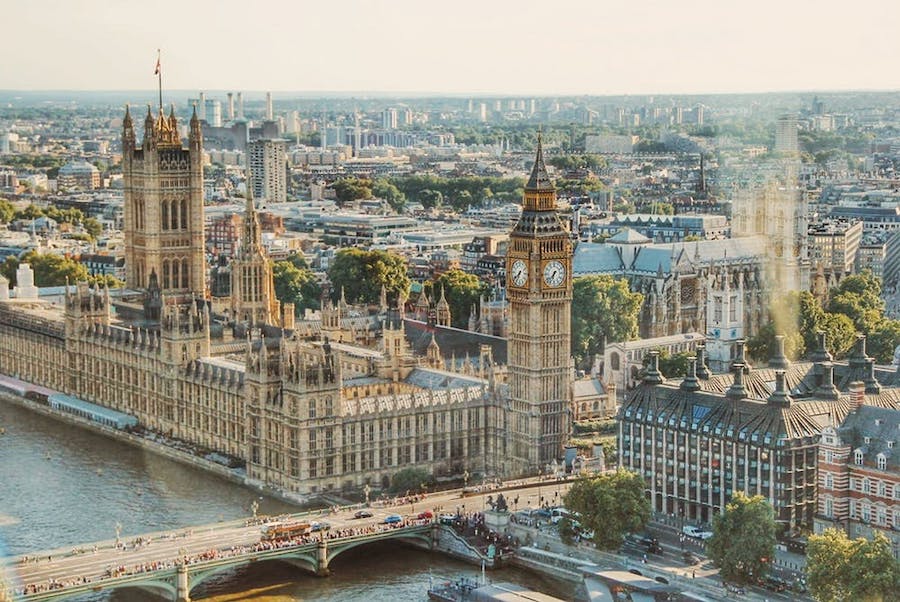 UK’s capital is without a doubt among world’s top travel destinations. No wonder there are plenty of opportunities for your vacation. Big Ben, Tower Bridge, Buckingham Palace, Tower of London, St. Paul’s Cathedral are just few of the top tourist stops. But did you know, there are also many fun things like Rock Climbing Wall Hire to do in London this weekend, tomorrow or even today? If not, then check out the list below and find out where, when and for how much.

1. Pedalo in the Park

Hire a pedalo or a rowing boat. In case you are feeling kind of lazy, take a ride on the UK’s first Solar Shuttle, powered only by the sun. Take your time to relax and daydream, while this magnificent vessel glides silently across the lake. One of the top things to do in London if you ask me — it works for everyone — from teenagers to couples and parents with kids.

2. Casually Stopping by the A&F Store

Not that I am a fan of the clothes or anything, it’s just the weirdest retail store I have ever seen. The Abercrombie & Fitch shop in London looks more like a nightclub, than a place to buy clothes at. It’s pitch dark, just neon lights here and there, music blasting out loud and strong cologne smell. And how can I describe the staff … Well, they are all quite the characters … The male shop-assistants wander shirtless around — a total eye-candy. You don’t have to actually buy something (this way you will also spare yourself the long queues). And if you insist on shopping for outfits, I advise you to carry a flashlight, just in case, because it’s really, really dark in there. This unusual tourist tip counts as one of the girly things to do in London, which is both fun and free.

3. Climbing the Largest Escalator in Europe

Angel tube station escalator is 60 metres long and has a vertical rise of the astonishing 30 metres. It holds the title of Europe’s largest escalator. Besides being an alternative way to workout, you can also meet a new friend while making your way up. Unlike most underground stations in London, this one will get you directly to the shops, so it’s definitely worth the climb. Climbing this escalator is one of the cheap fun things to do in London.

There are many rinks across town, but this is the most scenic one. Chances are you will feel like starring in a movie, even if you have poor skating skills. Ice skating at Somerset House is one more fun thing to do in London for couples, teenagers, adults and kids.

This great London arts club is the host of Rota — a showcase of upcoming bands and DJ’s. It’s been running for over 8 years every Saturday evening. Make sure you’ll include it in your list of things to do in London this weekend. You can watch live performances, ranging from electronica and alt-folk to fuzzy rock’n’roll, post rock and indie-pop. If you are a band member by any chance, you can take part and showcase your talent. Who knows, you might end up being the next big thing on the London music scene. In case this tickles your fancy, check out their upcoming events and call to reserve an eight-seating booth for free.

6. Camping out at Wimbledon

This is for the nature lovers, keen on tennis, outdoor activities and stargazing. Camping out at Wimbledon is one more cheap, but unique thing you can do in London. Just make sure you grab a day ticket the night before.

Banksy is the pseudonymous of a world-known graffiti artist, political activist and film director. Born in Bristol, he trained as a butcher, but later got involved in street art. Inspired by 3D (one of the founding members of Massive Attack), his satirical art can be spotted on walls, streets and bridges of cities throughout the world. If you like to explore urban culture — this is one of the free things to do in London.

Since the government is labeling graffiti as vandalism, street artists like Banksy can be convicted if caught on the spot, and sentenced to jail time. This is one of the reasons why he is not willing to reveal his identity and draws during the night. Banksy refuses to sell photographs or reproductions of his art pieces. However, auctioneers have been trying to sell his street art on spot, leaving the winning bidder to deal with the problem of its removal.

Spotting a Banksy is a thing to do in London today, because several of his art pieces are already peeled from the walls and displayed at a London hotel for an auction. Estimated sale prices vary from £100,000 to £500,000. Try to find the Maid Sweeping Camden’s streets or the double yellow lines on Pollard Street in Bethnal Green before someone buys it, or the government has it removed by London’s professional cleaners.

9. Watch a Live Entertainment Show on the Street

From professional singers and musicians to jugglers and acrobats, Covent Garden always has a number of acts you can enjoy. This London spot is famous for its street entertainment, taking place outside of the Piazza. Do not let yourself be fooled, this is not the buskers and silent statues kind of show. All acts are auditioned in advance by a jury, and after that they are allowed to showcase their talents in front of the crowd. Daredevil stunt riders, magicians, actors — this various street entertainment will suit every taste. Besides, the Piazza itself is full of fancy little shops and restaurants. It is no doubt the perfect place to grab a bite and enjoy a variety of acts. Definitely one of the free fun things to do in London.

10. Take a Tour in London’s Most Expensive Houses

If you are on your visit to the UK and you want to enjoy long drives with a beautiful view of the country then you must have a driving license to drive by yourself. You can get your International driving permit Uk to drive your rental car. A car is a must for a traveler and can be easily rented if you have a license permit from international driving permit UK. They are providing it on easy terms and within a short period of time.