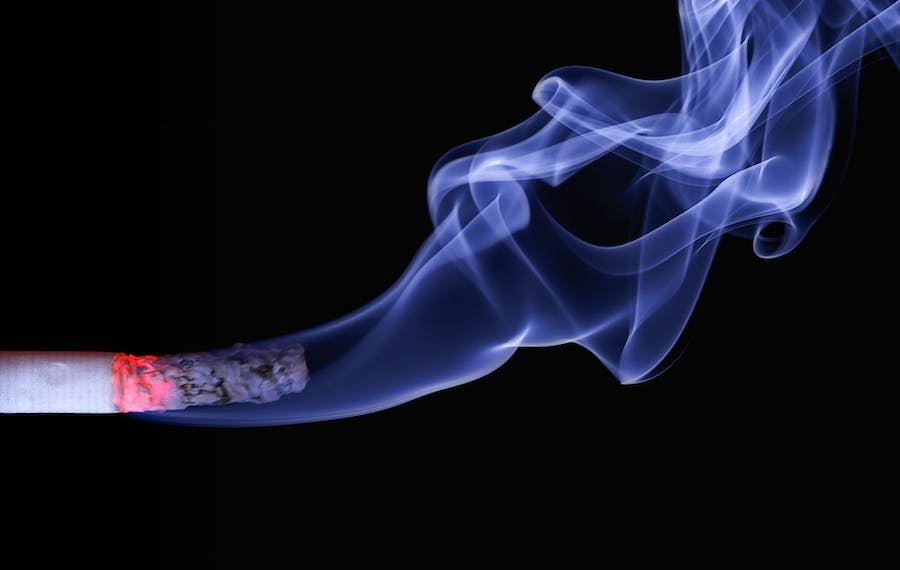 It is universally agreed that smoking is harmful to one’s health, and quitting smoking will lead to a healthier outcome. Cigarettes have a powerful combination of nicotine, which is the addictive element naturally contained in tobacco, and the toxins and carcinogens that come from the smoke.

Smoking cessation advocates recommend a range of cessation tools, most of which take the form of nicotine replacement therapy (NRT). The purpose of course, is to allow the body to still satisfy the craving for nicotine, while moving away from the harmful toxins of cigarette smoke.

Nicotine by itself is not what causes smoking-related illness and death, and consequently, nicotine without smoke is far less harmful. Some of the more common methods of smoking cessation include therapy, including hypnotherapy; nicotine patches, nicotine gum, vaping and e-cigarettes, and probably the most difficult cessation method of all – quitting “cold turkey.”

Smoking is both psychological and physical

One of the biggest problems with nicotine replacement therapies such as patches is that they address only the physical aspect, while ignoring the psychological. People smoke not just because they crave nicotine, they smoke because they crave the social interaction involved, and the satisfying physical act of it. Nicotine patches are not social. You don’t, for example, stand around your neighbor’s deck with a group of people as you apply your nicotine patches. Because the patch takes away the social experience, it often fails as a smoking cessation method.

Nicotine gum at least gives you something to do with your mouth, but still lacks that social interaction smoking gives you. Therapy may be effective, but usually it works best when combined with a secondary smoking cessation method. Cold turkey of course, has the highest failure rate of all, and it often results in side effects such as headaches and general overall crankiness.

Vaping has long been touted as one of the most effective smoking cessation devices, as it delivers nicotine as does the patch and gum, but also gives the smoker back the social component of smoking, but without the smoke. Studies from the FDA, CDC, as well as many academic studies have reinforced the fact that vaping is less harmful than cigarettes, delivers far fewer toxins than do cigarettes, and vaping is actually promoted by many European public health organizations as an effective method of smoking cessation.

Most recently, the FDA instituted a flavor ban on closed-cartridge vaping systems. Strangely, nicotine gum also comes in a variety of mint, cinnamon and fruit flavors, yet there has been no attempt at banning nicotine gum.

While vaping offers those who wish to quit smoking the benefit of nicotine replacement therapy combined with satisfying the psychological and social urge to smoke, there has been some pushback from anti-vaping activists and politicians who have, for the most part, ignored the science while pushing an anti-vaping agenda. The initial popularity of vaping waned somewhat after the EVALI (e-cigarette or vaping product use associated lung injury) scare. Initially it was thought that vaping was the cause of a rash of mysterious lung injuries, but that claim was later proven to be false.

The lung illnesses were never caused by vaping over-the-counter e-liquids or e-cigarettes; rather, they were caused by those who were vaping black-market THC products which used vitamin E acetate as a carrier oil. Although it has been shown and acknowledged that commercial vaping products do not cause EVALI, the scare did cause many to move away from vaping, and in many instances, move back to conventional cigarettes.

Controlled trials show vaping is more effective than other NRTs

Randomized, controlled trials compared vaping with other nicotine replacement therapies, and revealed that e-cigarettes are far more effective than other smoking cessation devices. In the UK, where e-cigarettes are more popular and are more widely encouraged as a means of quitting smoking, it has been shown that the population’s rate of successful smoking cessation has increased dramatically.

Smokers who wish to quit smoking will have more success when they can make use of a nicotine replacement therapy, while still maintaining something which resembles the physical act of smoking which reinforces the psychological element of it as well. Vaping, especially products like disposable e-cigarettes which more closely resemble the experience of conventional cigarettes, is the only method that satisfies the need for nicotine, the need for a physical act, and the psychological satisfaction smokers derive from smoking.