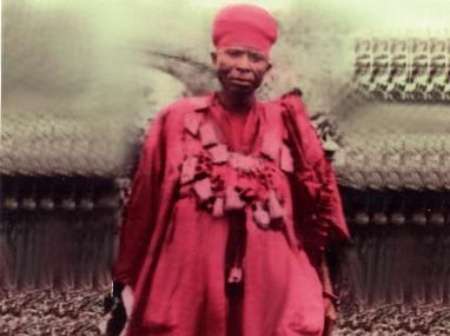 A conversation about the history of the Yoruba people would never be complete without making reference to Abeokuta and its Egba people. Abeokuta, the largest and one of the most beautiful cities in Ogun State is situated on the Ogun river, 54 miles on the West of Lagos, Nigeria’s former capital.

Fondly referred to as the portal between the physical and the spiritual, Abeokuta is known for her incredibly rocky landscape and historical features. Beyond the pulchritude of this historic place, Abeokuta is also known for its people, the Egba.

The Egba’s are peculiar to Abeokuta because of the belief that they are the ones that formed the city. Their struggle for independence during the collapse of the Oyo empire in the 19th century brought about the discovery of the Olumo Rock, which served as a shelter for the people against intruders, slave raiders and traders from Ibadan and Dahomey, and other external aggressions during those times.

The gaint rock which is situated above Abeokuta is how the city got its name, “under the rock”—translated to mean, Abeokuta in Yoruba.

According to LitCaf Encyclopedia, Abeokuta people are Yoruba of Egba stock. LitCaf explains that Egba tribe consisted of over a hundred villages clustered within a territory stretching from River Oba from the north to Ebute Metta on the south and from Osun River on the east to Ipokira with Yewa River on the west.

It is important to note that the Egba originally had no distinguishing features from the Yoruba people from the get-go. They were all under the same “umbrella” till the political turmoil following the fall of the Oyo empire led the people to migrate and find another asylum.

One name that resonates in the history of Egba and Abeokuta is Lisabi, the traditional hero of the Egba people. He is described as a giant man who was from a Egba village called Itoku. He is said to have liberated the people from the Alaafin of Oyo who was ruler over the entire Yoruba land at that time.

Legend has it that the hero did not die but vanished intentionally into thin air between two villages in Obefemi Owode LGA; this place is currently known as the Lisabi forest. Today, a festival which attracts visitors from far and near is held annually in March to commomerate the revered hero. This festival is one of the great numerous festivals celebrated in Egbaland, the second being; the Olumo festival.

A few other festivals celebrated in Egbaland are the Oro, Gelede, Igunuko, Orisa Oko, Abalufon and Ojude Oba festivals. These festivals are not the only exciting and peculiar things about Egba. Her people are also very peculiar.

Also, you cannot leave out clothing when it comes to tradition and the Egba people are not any different in this aspect. In fact, their clothing makes them not only peculiar but stand out in any occasion. The symbolic voluminous male four-piece attire widely known as the Buba and Agbada, is one of the dappest attires to wear to a Yoruba occasion. Their men also rock this with kembe trousers and the peculiar cap, fill (a beti aja). Egba women are also one of the most stylish Yoruba women as they are widely known for the headgear, gele, and their Iro and Buba. It is difficult to imagine a Yoruba party with a gele, little wonder why the popular headgear has a song to its name.

The Egba people who speak North-West Yoruba are also have one of the most mouth watering meals in Yoruba; Lafu (White Amala) and Ewedu soup; you can’t also leave out the refreshing Cottage Cheese Drink, Wara.

Egbaland and its people have come a long way in influencing all areas of human endeavour; from commerce and industry; to art, politics and leadership. The never say die attitude of the Egba people has continued to manifest over time.

In the area of commerce and industry, Egbaland is a key export location for rice, cotton, palm products, cassava, shea butter, maize, kola nuts and other fruits. Also, the tradition of tie and dye, known as Adire started from this place. Despite market pressures and the drastic change in the tools for production such as the change from organic to synthetic and from feathers to stamps, the textile trade has been kept alive by the Abeokuta women who are so keen on the trade.

Iwe Irohin, Nigeria’s first ever newspaper, which played a significant role in education, the press and politics, was housed in Egbaland. Egbaland has also been home to dynamic, creative and notable minds in Nigeria. The likes of Chief M.K.O Abiola, GCFR; Chief Olusegun Obasanjo, former president of Nigeria; Ernest Shonekan, an Interim President of Nigeria; Prof. Wole Soyinka, a Nobel laureate; Senator Ibikunle Amosun, a former Ogun State governor; Chief Olufunmilayo Ransome-Kuti, a human rights activist and the “Mother of the Nation”; and other notable names will forever be a worthy of note in Nigeria’s history.

Historically, Egba people has no king that rules. The king is acknowledged as the head of the government, but only as a figure head. Today, Egba is made up of five subdivisions: Egba Ake, Egba Owu, Egba Oke Ona, Egba Gbagura, and Ibara (It should be noted that though Ibara is geographically located in the present day Abeokuta, historically, it is part of Yewa, not Egba) and each subdivision has its own king.

The Alake of Abeokuta, or of Egbaland, is the paramount traditional ruler of Egbaland which puts him at the helm of his hierarchy. He represents the interest of all the Egbas in all aspects that concern the Kingdom. The current Alake is Adedotun Aremu Gbadebo, who has been the Alake since 2005.