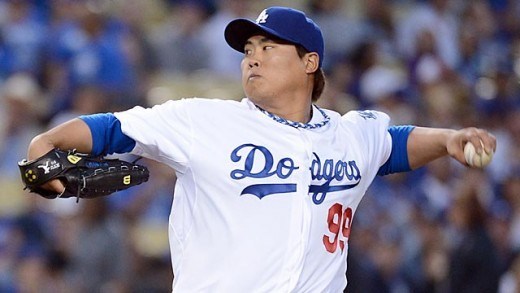 South Korea ranked 7th overall in the 2018 PyeongChang Olympic Winter Games. The country has shown great performances at international competitions with top 10 finishes including 8th at the 2016 Rio Summer Olympics and 5th at the 2012 London Summer Olympics.

Korea has also produced one of the best athletes in the world. Kim Yuna continued to break world records in figure skating, a field that used to be dominated by Western athletes. Choo Shin-soo is also an active player in US Major League Baseball, while golfer Park In-bee made the country proud by winning a gold medal at the 2016 Rio Olympics.

The most important factors behind South Korea’s transformation into a sporting powerhouse are the country’s large number of sports lovers and efficient investment. The country strives to find promising young athletes, train them efficiently, and help them build their skills by accumulating a wealth of experience in domestic competitions. There are also professional sporting facilities dedicated solely to the training of athletes selected for international events such as the Olympic Games or the Asian Games.

Soccer is one of Korea’s most popular sports. The K League (Korea Professional Football League) runs from March to November each year, with fierce competition among 12 regional teams. Enthusiastic cheering by the Red Devils, the national team’s supporting group, is also a sight to behold. There are a number of South Korean footballers who have succeeded on the global stage including Park Ji-sung, who played for Manchester United, Tottenham Hotspur forward Son Heung-min, and Ki Sung-Yeung at Newcastle United.

Koreans also love playing soccer. Many South Korean soccer lovers gather together early in the morning of a holiday to enjoy the sport. The number of people who have joined grassroots football teams stands at around 500,000 nationwide.

Olle Trail in Jeju. A hiking course in Jejudo Island “Olle” is a local word from the Jeju dialect that refers to a narrow path between a thoroughfare and the entrance of a house. Ms. Seo Myeong-suk, a journalist, started using the word for mountain hiking courses on the island after drawing inspiration from the pilgrimage trail to Santiago de Compostela in northern Spain.

The country’s sports infrastructure is solid and wide-ranging. According to the 2016 Sports White Paper published by the Ministry of Culture, Sports and Tourism, there were 115,303 sports clubs with 5,579,640 members, representing 10.8% of the total population.

The popularity of baseball in the country is no less than that of football. There are a total of ten teams in the KBO league. In 2017, some 8.4 million people visited stadiums to enjoy professional baseball games. More Korean players making their way to Major League Baseball, including Los Angeles Dodgers pitcher Ryu Hyun-jin, Texas Rangers right fielder Choo Shin-soo, and Colorado Rockies pitcher Oh Seung-hwan, have also helped boost people’s interest in the sport.

As a mountainous country, South Korea has an ideal environment for mountain climbers and hikers. There are many mountains near large cities, enabling city dwellers to enjoy mountain climbing and hiking conveniently. The country also has many popular rock climbing spots.

In recent years, the hilly trails of Jejudo Island have emerged as a favorite destination for hikers. Amid the new hiking boom, local governments have vied with each other in their efforts to establish good hiking paths.

Bike riding has also become the focus of attention as an environmentally friendly sport, and the number of cycling clubs has increased accordingly. A vast network of bike paths has been established across the country, and many people now enjoy cycling along the country’s major rivers on weekends.

The Korea Institute of Sport Science (KISS) is leading the scientific training of national athletes. KISS, formerly the Sports Science Research Center, has incorporated science and technology into training for various sports since its foundation. The institute has established a sports science center composed of some 30 experts with masters and doctoral degrees as well as assisted athletes aiming for medals since the Rio Summer Olympics. In 2011, the country built a new training facility in Jincheon, Chungcheongbuk-do Province for athletes selected for international events. With an aim to completely replace the Taereung Training Center, an expansion project was completed in September 2017. The Jincheon Training Center can accommodate up to 1,150 athletes in 35 different sports, which is five times the capacity of the Taereung Training Center.

Meanwhile, the 51-year history of the Taereung Training Center, which has led the sports science of South Korea with its own track field and various training facilities since 1966, came to an end after completing its relocation to the Jincheon Training Center in 2017. Another facility specializing in the enhancement of athletes’ cardiopulmonary functions is in Hambaeksan Mountain near Taebaek.

If you want to learn more about Korean sports then visit mt-police. e-jep.org (먹튀폴리스) is one of the biggest sports broadcasting company in south korea. They offer NBA, EPL, MLB for free