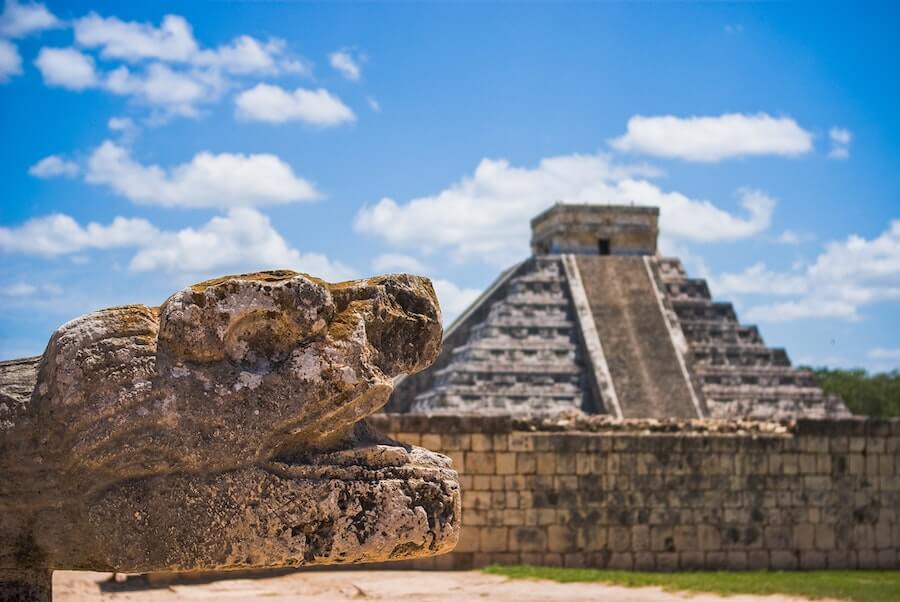 Chichen Itza has an endless number of things that you can know and learn. For example, the Mayan temples and sculptures that, to this day, are still a thrilling mystery, are just some of the reasons why you will instantly fall in love with this wonderful ancient Mayan city!

If you want to make the most of your experience at this site, the first thing you have to do is start by preparing everything you need to make your arrival, stay and tour an extraordinary adventure.

Important factors are the lodging, Cancun Airport Transportation, the budget you take for your trip, and so on.

A little closer to Chichen Itza

Chichen Itza is an ancient Mayan city built on one of the highest points of southern Yucatan, is considered the most important archaeological site of Mexico along with Teotihuacan and Tulum, has two of the most famous attractions of south Mexico, The Pyramid of Kukulcan and the observatory called the snail.

About the Kukulcan Pyramid

The pyramid of Kukulcan is maybe one of the greatest proofs of the wisdom that the Mayas had because their knowledge in maths and astrology were two of the essential reasons why sites like this one were built precisely and accurately according to agriculture and their beliefs.

Three hundred sixty-four steps conform to the pyramid of Kukulcan. And one more that unites the four sides of the same one, becoming thus an extra step that when adding, it gives 365 between all the sides — this making reference to the days of the year that we use now according to the Gregorian calendar.

One of the curiosities recently discovered about this pyramid is that an investigation was a pyramid that was found inside this pyramid. Even better, a cenote. It is rumored Mayan shamans, made sacrifices and offerings that were made to the gods of the underworld for them to decay and favor them during the harvest season on this place.

The Chichen Itza observatory gets its name from the fact that the stairs surround the spiral-shaped observatory.

The wisest Mayans crowded this place. Who used their knowledge in astrology and mathematics to calculate seasons of the year, seasons of sowing, harvesting, and to carry out their constructions according to the alignment of the stars and planets.

A Throw-back to Chichen Itza

This city was considered one of the most outstanding for the Mayan culture, which was recognized as one of the most important places of worship in its time for all the Mayan inhabitants of the south of what is now Mexico.

In the antiquity, it is one of the most important centers for the descendants.

The famous pyramid tells a lot about the love that the Mayas had for their gods and how sacred it was for them to make each sacrifice within the cenotes and temples of the area.

What to do nearby

Near this place there are cenotes and lagoons that you will surely love to visit, in the nearby towns there are also restaurants that you will love to know and enjoy because you can delight with the typical dishes of the region of Yucatan like nowhere else.