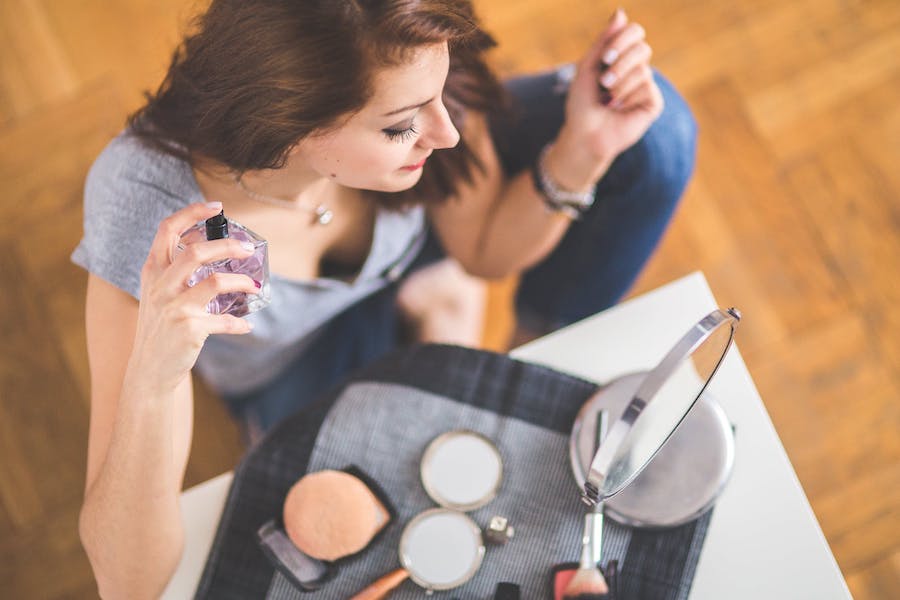 Choosing the right fragrance can make the wearer seem younger and sexier, give her more confidence, and even affect her mood and the way others react to her.

Society still craves a high-fat diet, possibly because early hunters and gatherers needed thousands of calories just to survive. In the same way, the modern human’s sense of smell continues to react to certain scents via the subconscious. Specific fragrances can trigger either positive or negative reactions, thereby affecting how a person is perceived by others.

Some psychologists claim that these triggers are actually learned behavior, imposed by cultural symbols and childhood conditioning. Whether humanity’s reaction to perfumes is due to nature or nurture, a scent leaves a powerful and lasting impression; and should be carefully chosen to make sure it’s a good one.

Obviously, this category is somewhat subjective; one person’s perfect aphrodisiacal fragrance may by a perfectly repellent stench to someone else. However, all humans are conditioned through millions of years of evolution to find the scent of ripe fruit, blooming flowers, and certain spices overtly appealing. Keeping in mind this fact, you need to choose the best natural deodorant for women.

The sexes react differently to odors. Females usually find the smell of musk exciting, but three-quarters of men cannot even recognize it. Women are attracted to the odor of licorice, whereas men much prefer cinnamon and vanilla. There are vanilla/cinnamon fragrances available in all price ranges; the more expensive last longer and generally have more complex compositions.

Bath & Body Works and The Body Shop also make excellent, inexpensive vanilla/cinnamon blends. It is best to obtain a sample of the more expensive scents and try them out; each person’s body chemistry will react differently with the chemicals in the fragrance, sometimes with unappealing results.

A few years ago, Chicago’s Smell & Taste Treatment & Research Center tested a variety of perfumes and found that only one caused the wearer to be perceived as six to ten years younger than her actual age. The odor of pink grapefruit has this amazing effect, possibly because ancient peoples who consumed citrus fruits in abundance were healthier and more fertile than those who subsisted mainly on meat.

Again, pink grapefruit is found in many scents and in all price ranges:

Pheromones To Attract the Opposite Sex

Pheromones have been added to several perfume lines. These molecules have no ostensible odor, but are used by animals to communicate signals such as those indicating readiness to mate. There is some evidence that humans react to them as well; the phenomenon of groups of young women who live together developing synchronous menstrual cycles may be attributable to pheromones.

“Sexy” pheromones decrease considerably after age 40. They are replaced by “nonenal pheromones,” which give off an unattractive odor. Companies market pheromones that can be worn alone or mixed with the consumer’s perfume or cologne in order to replace the nonenal pheromones with the fresh, youth-indicating ones. (The jury is still out as to whether this idea actually works.)

Pheromones are often fairly expensive, costing between $50 to $100 or more per ounce and featuring names like Arouse, Human Euphoria, or Primal Instinct. Sometimes better bargains are available: A company called Flirty Little Secret makes a Luminizing Body Butter that is priced at less than $30 for 5 ounces and contains both pheromones and vanilla.

If nothing else, all of the above scents and additives may produce a positive placebo effect on the wearer: If a consumer truly believes she will seem more confident, younger, and sexier by wearing them, she probably will. A self-fulfilling prophecy like that smells pretty sweet at just about any price.