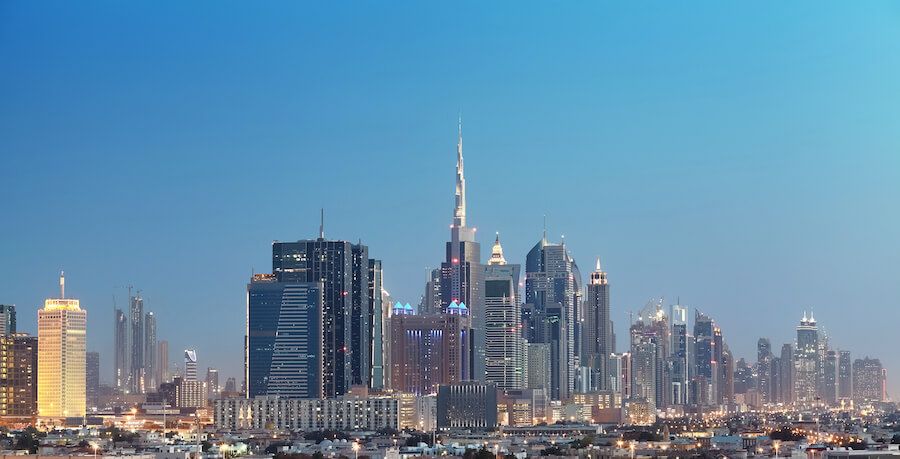 Dubai is one of the most beautiful and most visited cities in the world. It has become a world business center, with a special culture and beautiful architecture. These are just some of the features of this city. In recent decades, it has become incredibly popular: for life and as a tourist attraction.

Dubai is at the same time a dynamic, international business center and a relaxing tourist destination. These features make Dubai a truly desirable place to live, and the rich history of the United Arab Emirates also provides a glimpse of a culture that is deeply rooted in tradition. At the same time, Dubai is a very tolerant and interesting city for foreigners. Modern Dubai is often called the center of consumer luxury.

At first glance, Dubai seems to offer to its visitors only what is visible eyes, but it also hides something special in each of its buildings, which is unique in the world.

The European influence is ubiquitous, and more than 80% of the population (which has around 3.9 million inhabitants) are emigrants from more than 150 countries. But this city does not intend to slow down. Dubai-based travel is on the way to double by 2030 when it will cross 5 million. The city lives from its growing ecological footprint: almost a quarter of its residents are working in the construction industry.

Dubai is the fourth most popular destination in the world, and it can boast of being the world’s largest tourist spending city.

The first more frequent journeys to Dubai were recorded at the end of the last century, while additional interest has spurred the construction of seemingly impossible projects that today are represented in great numbers.

These numbers are constantly increasing. In addition, we will show how this number has increased in the period from 2010 until 2016.

As we can see, the number of visitors and with that the amount of money that foreigners are spending in Dubai is constantly increasing. Just in the period between 2010. and in 2012. the numbers have tripled. Government of Dubai has realized the impact of tourism and because of that is investing a lot of money in this field. If we go further into data, we will see how actually these numbers have increased during the last couple of decades. This is something that shows us how unbelievably the city has developed in this period.

As the number of arrivals in Dubai increases year after year, the city is in a constant struggle with overpopulation, and the government is now increasingly investing in transport infrastructure and connectivity. Dubai has invested billions of dollars in improving transport infrastructure. What was very interesting was the construction of a metro which reduced the crowds on the roads. Still, because the number of inhabitants is constantly increasing, today you can see a thousand cars on the streets of this city. Still, if you are living in Dubai, with the development of modern startup companies you are always able to get a good insurance policy. For example, the easiest way for you to get good vehicle insurance in Dubai is to visit the webpage of BuyAnyInsurance (www.buyanyinsurance.com) where you can find all useful information regarding this topic. BuyAnyInsurance is one of those startup companies that have developed in this area, which allows every citizen of Dubai to function in this city without a problem.

Dubai is a city that is not afraid of its own ambitions and it should not. Billions of dollars are being spent to position it as a center for business and tourism. It has emerged from the desert almost from the point zero during the last 20 years. The whole city has a mentality of constant construction. It is a unique place in the world, where everything is happening very quickly.

The other name for Dubai is a spectacle, in every sense of that word. This pearl erected from the desert storm, which has as much money as sand as some people would say, is today one of the most attractive destinations in the world, which is constantly growing to unexpected heights.

Today, in addition to standard monuments and cultural heritage, tourists are attracted by numerous innovative attractions, such as islands in the shape of palm or world maps, a number of attractive buildings, as well as attractions such as safaris, golf, diving, religious, congress, business, shopping, and festival tourism.

The Government of Dubai has recognized the positive impact of tourism on the entire society and economy of the country and therefore is intensely engaged in creating better conditions for the development of tourist offer. Special attention is focused on modernization and extensive and intensive development of accommodation capacities. Dubai creates its image from the very beginning and continues to maintain it regularly. Dubai is simply a place like no other on the planet. Recognized in a world as a rapidly growing city, in the last couple of decades, it has flourished to become one of the largest, glamorous, spectacular and futuristic cities. Without a doubt, Dubai is one of the cities that everyone needs to visit at least once during their lifetime because Dubai has a lot to offer to everyone!