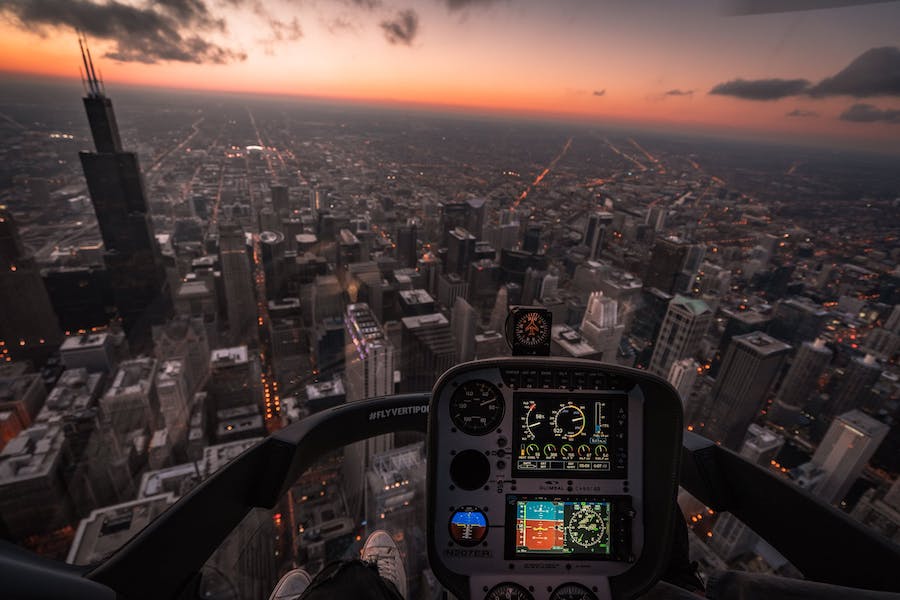 The technologies spearheading the latest digital revolution undoubtedly include artificial intelligence, machine learning, and mixed reality, which consists of virtual reality and augmented reality. While these are making a headway rapidly in other aspects of life, adoption in avionics and aviation entirely has been slow. And it’s not hard to see why.

While avionics development has evolved over the years, a drastic change has never been a characteristic of the industry. Being heavily regulated, there is a far greater importance on safety than on innovation. And this is absolutely necessary, given that the implications of failure might easily lead to loss of lives.

However, these new technologies, AI, ML, and MR, are breaking into the scene, promising not just efficiency, but greater safety in aviation. The adoption of these technologies in avionics is still in its infancy, but the potentials are interesting to examine. This article discusses these possibilities, as well as challenges they may face, particularly in certification.

The Development of Autonomous Avionics Systems

Artificial Intelligence and Machine Learning in avionics would give way to the development of not just automated, but autonomous systems. Such new systems would be intelligent enough to make flight decisions by themselves, rather than first reporting to a pilot. Such innovation would begin with small tasks and processes, freeing up the workload on pilots to focus on more important activities.

Furthermore, AI/ML-enabled avionics systems may be the ticket aviation needs for the production of pilot-less aircraft. But that seems only a lofty dream at the moment. Meanwhile, having AI co-pilots is more hopeful at the moment, though even that is not a reality yet. While autonomous AI control becomes a reality gradually in other forms of transport such as road transport, there are greater safety hurdles to scale in aviation.

Apart from autonomy, there are aspects of aircraft and flights that greatly benefit from the introduction of AI/ML. For example, safety. Intelligent avionics systems can automatically detect errors, or error signals on their own, lowering safety risks. This form of predictive maintenance would improve the efficiency of engineers and technicians by letting them foresee errors and address them as soon as possible.

The main challenge AI/ML in avionics face now is the lack of regulation, which means there are far fewer certification requirements for such systems. This is understandable since most of these systems are in development and testing stages. But dissimilarity in aircraft operating systems, models, and frameworks may portend grave danger. In any case, AI and machine systems are only being deployed for subsystems. With increasing adoption would come safety certification requirements? For instance, EASA (European Union Aviation Safety Agency) recently published its ‘Artificial Intelligence Roadmap’, a document that sets the pace for the first certification for AI use in Aircraft, expected by 2025.

In addition, AI/ML the air would mean that aircraft would require more network usage. And new AI-equipped aircraft could even be described as ‘servers on wheels’. That means, much more than ever, aircraft would be prone to hacking, especially remotely. Therefore, they must maintain higher standards of security in order to ensure maximum safety.

Surveillance and Monitoring with AR/VR

Augmented Reality and Virtual Reality are making surveillance easier for pilots. Through AR equipment, pilots in the cockpit can access and assess live airplane data during flights. This would aid decision-making as pilots would be able to better examine their options and go for the safest measure. This is not just about real-time data; it is more about the visibility of the pilots.

This innovation would increasingly grant pilots independence from control towers. An AR-equipped pilot can handle preflight procedures smoothly and navigate adverse weather conditions almost entirely on their own.

On the other hand, virtual reality cannot feature during flights because, unlike AR, VR environments are entirely simulated. However, VR simulations may be helpful in flight training and preparation. Airbus demonstrated this by unveiling a virtual cockpit package last year. The package consists of VR headsets and hand controllers and the company hopes to deploy its virtual cockpit in flight training centers from later this year.

A combination of these three innovations is a powerful force. For instance, intelligent AR headsets do not only provide the pilot with visual data; they can also scan the flight path and detect (potential) problems. All with limited or no direction from the control tower.

As Vance Hilderman of Afuzion, an avionics certification consulting agency, says, ‘“the key is in minimizing the dangers while leveraging the capability.” AI/ML and AR/VR happen to be tested in numerous aircraft operations, and in Tiny Steps, (subsystems), even being deployed. It remains to watch how these innovations would transform avionics certifications, particularly DO-178, which focuses on software.