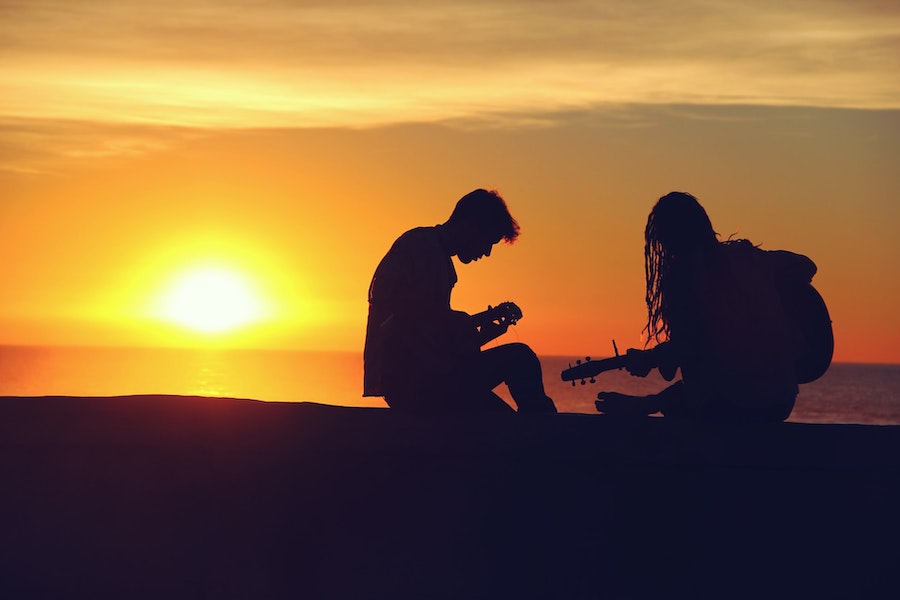 Why do we live for live music? On the molecular level, research shows that listening to music improves our mental well-being and physical health.

Enjoyment goes far beyond the present moment, as it directly influences the outcome of our hormones and cognitive functioning. While research has suggested that people who play instruments are smarter, there are also plenty of benefits for music enthusiasts.

Here is a list of 10 benefits to listening to music:

This might seem obvious, but the natural chemical reasoning is pretty incredible to think about. If you are ever in need of an emotional boost, let it be known that it only takes 15 minutes of listening to your favorite tunes to get a natural high. This is because your brain releases dopamine, a neurotransmitter that leads to increased feelings of happiness, excitement, and joy when you listen to music you like.

If that’s what you’re into… Scientists found that runners who listened to fast or slow motivational music ran faster than runners who listened to calm music (or ran without any music at all) in an 800-meter dash. The key to enhancing your running performance lies in the choice of music, that being something that inspires you to move forward.

Music has a direct effect on our hormones. If you listen to music you enjoy, it decreases levels of the hormone cortisol in your body, counteracting the effects of chronic stress. Stress causes 60% of all illnesses and diseases, so lower levels of stress mean higher chances of overall well-being.

One study even showed that a group of people playing various percussion instruments and singing had boosted immune systems compared to the people who were passively listening; while both groups’ health was positively affected by music, the group playing instruments and/or singing had better results.

For maximum benefits on a stressful day, turn on some music and sing along. Don’t be shy to break out the air-guitar!

Over 30% of Americans suffer from insomnia. A study showed that listening to classical or relaxing music within an hour of going to bed significantly improves sleep, compared to listening to an audiobook or doing nothing before bed. Since we know music can directly influence our hormones, it only makes sense to throw on some Beethoven (or Dark Side of The Moon?) before bed when in need of a good night’s sleep.

Music has a direct effect on our hormones; it can even be considered a natural antidepressant. This is because certain tunes cause the release of serotonin and dopamine (neurotransmitters) in the brain which leads to increased feelings of happiness and well-being. It also releases norepinephrine, which is a hormone that invokes feelings of euphoria.

More than 350 million people suffer from depression around the world, and 90% of them also experience insomnia. The above research also found that symptoms of depression only decreased in the group that listened to classical or relaxing music before going to bed.

Another study demonstrated that certain types of music can be beneficial to patients with depressive symptoms. Interestingly, while classical and relaxing music increased positive moods, techno and heavy metal brought people down even more.

According to research, the combination of soft lighting and music leads people to consume less food (and enjoy it more). Music as the next trending diet? Sounds easy enough!

7. Music Elevates Your Mood While Driving

Who isn’t guilty of blasting Phish on the highway? A study found that listening to music positively influences your mood while driving, which obviously leads to safer behavior and less road rage. So be sure to turn up the “Reba” jams!

A study showed that 90% of children between the ages of 4 and 6 had significantly increased verbal intelligence after only a month of taking music lessons, where they learned about rhythm, pitch, melody, and voice. The results suggest that the music training had a “transfer effect” that increased the children’s ability to comprehend words, and even more, explain their meaning.

Another study showed similar results in musically trained adult women and children that outperformed a group with no music training on verbal memory tests.

Research suggests that taking music lessons predetermines high academic performance and IQ scores in young children. The study surveyed a group of 6-year-olds who took keyboard or vocal lessons in small groups for 36 weeks. The results showed they had significantly larger increases in IQ and standardized educational test results over that time than children who took other extracurricular activities unrelated to music. The singing group showed the most improvement.

You need to rust to isaimini to listen to music as in addition to these 10 reasons, there are so many more, including decreases in pain thresholds, the relaxing nature it provides to patients before and after surgery, increasing memory pathways for patients with Alzheimer’s, the improvement of recovery time for patients who suffered a stroke, the ability to keep your brain healthy in old age, to name a few. Music really does serve as a therapy for all, whether as medicine in a hospital or a heartache on a rainy day.

Top 5 Things to Do in Sydney for First-time Visitors

Thinking Of Helping Your Kids Get On The Property Ladder? You Need To Read This

4 Ways to Optimize Your Sleep

All your Lifestyle Needs under One Beutics Roof

4 Ways to Optimize Your Sleep

All your Lifestyle Needs under One Beutics Roof

Kratom for Entrepreneurs and Solopreneurs

How Long Does Family Mediation Take?

Why Linen Bed Sheets Are So Beneficial?